When we began breeding Labradoodles years ago I only knew of what is known as the “Labradoodle” or the “American Labradoodle.” This is a simple cross of a Lab and Poodle. You can breed many generations F1, F1b, multi-generational but no matter what the results are essentially the same. There is no breed standard so every breeder breeds to their own preference and type.

A little over two and a half years ago I found the Australian Labradoodles and a dream was born. The Australian Labradoodles are the original Labradoodles and are different from other labradoodles. They were created in the 1980’s and were created to be guide dogs in Australia. The goal was to create an allergy and asthma friendly dog that could be used for a service dog. There were two breeders Tegan Park and Rutland Manor in Australia that began to breed Labradoodles determined to create litters that were consistent in their conformation, coats, and temperaments. In the 90’s other dog breeds were introduced into the Labradoodle lines to help create this goal. The English and American Cocker Spaniel are the two most often used in the lines but other breeds like the Irish Water Spaniel have been reported in certain lines. Today the Australian Labradoodle is considered to be a cross of the Poodle, Cocker Spaniel, and the Labrador Retriever. They are also considered multi-generational.

Australian Labradoodles are reliably very very light shedding to not at all and more allergy friendly than the Lab/Poodle Labradoodle. They have two main coat types fleece and wool. A hair coat is a fault in the breed standard and is rare.

Australian Labradoodles have two registries with which to register with and for breeders to be a part of. There is a breed standard which I love. We have chosen to be a part of the Australian Labradoodle Club of America. It was formed in 2005 and has a strict code of ethics, requirements for breeders to join, and no breeding dog can be registered unless it passes health testing. This means that generations of dogs are health tested giving us as breeder a better shot at creating the healthiest dog we can.

After so long of waiting for this dream to come true it had started to seem like it would never happen and then everything started to fall into place. We are so excited to have finally brought home our first boy! He has lines tracing back to the original two breeder Tegan Park and Rutland Manor. We will be bringing home our first girl hopefully in the Spring if all goes well with the upcoming litter from the breeder we have chosen.

While color is something we will never solely select for temperament, pedigree, health testing, and structure will always come first we do have some colors in mind for our program. We plan to add Chocolates, Caramels, and Reds in Partis and Solids. We also prefer the wavy coat to the wool so most of our litters will be wavy. I am so excited for this new chapter of CNR Farms. We have also chosen to go with medium size(30ish lb range) as of right now but are looking at the other sizes for the future.

So what does this mean for the future of CNR?

We will be beginning the phasing out of our F1, F1b and F3’s over the next 4-5 years possibly sooner on F1’s as we make the shift to Australian Labradoodles. As our girls retire we no longer be breeding the “Labradoodle” or “American Labradoodle” as we focus on the Australian Labradoodles. We will have some of our adults for sale to approved breeders or to pet families so if you are interested in an adult dog please contact me as we may have a perfect fit for you. We still plan to breed our English Goldendoodles so don’t worry about that.

Being this was a big shift in our program and such a big dream of mine I decided to go all out with this boy!

So here he is….meet George Bailey all the way from North Carolina!

My super talented friend David Cipleu took the pictures. George is a small medium Australian Labradoodle estimated to be around 30lbs. We have had him a little over a week and he has been one of the best puppies ever. He is smart and soo soo sweet. He will be living with my parents and be my mom’s spoiled sidekick. I can’t wait to see what the future holds for this boy! 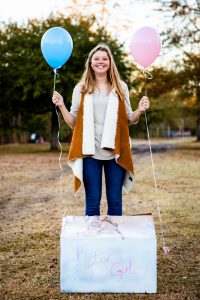 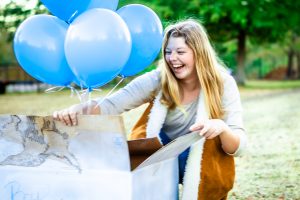 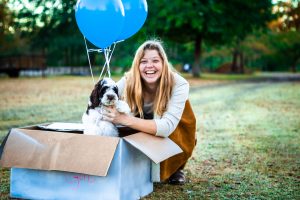 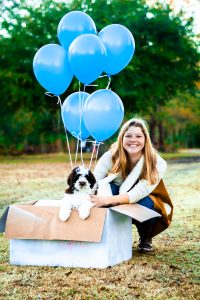 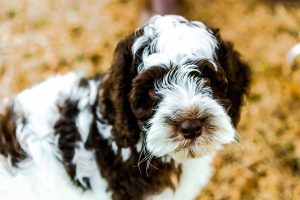 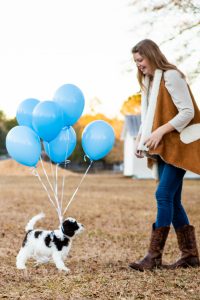 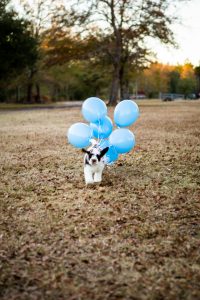 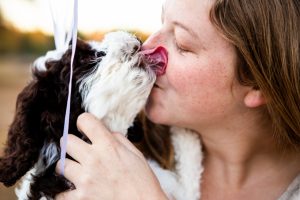 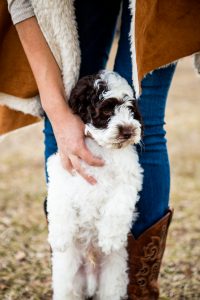 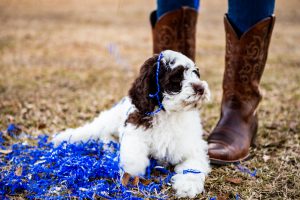 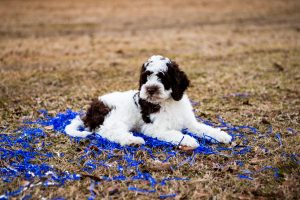 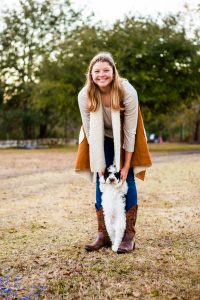 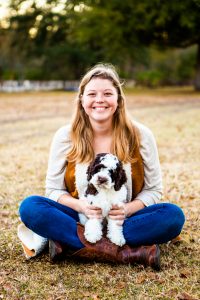 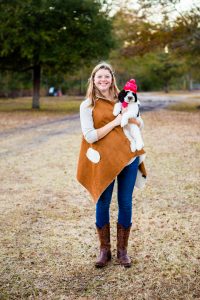 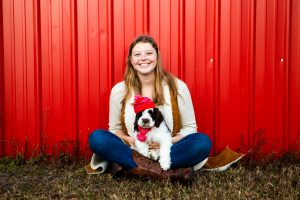