This is my Porter boy! He stole my heart long before I ever met him. The instant I saw his newborn pictures I was in love. I was second to pick on his litter and I just held my breath on picking day until I found out that he was mine! First pick ended up going with another. Porter flew to us from Idaho. I picked him up from the airport and he rode home in my lap and we have been inseparable ever since. He absolutely loves me. His first night home I broke my no dogs allowed in my bed until they are potty trained rule. He is a major cuddler and just wants to be by your side. He has a dark red coat that has held its color beautifully. He is a small standard poodle at 45lbs. We are hoping to get smaller doodle/standard poodles with him. 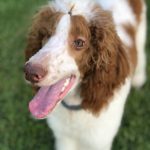 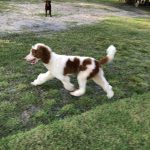 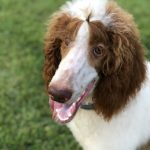 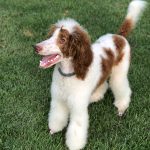 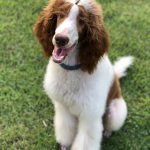 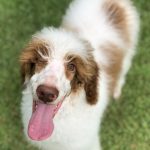 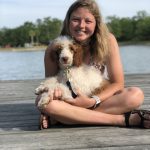 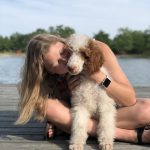 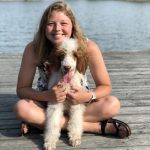 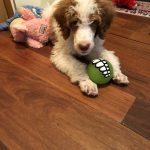 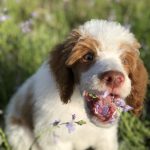 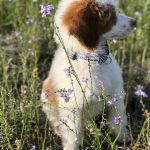 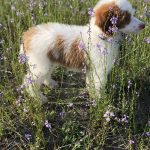 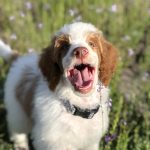 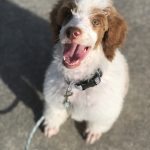 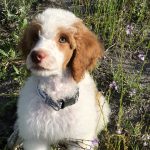 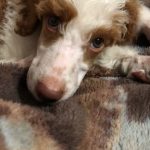 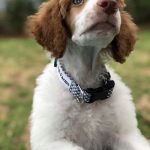 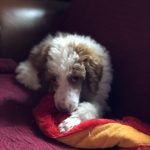 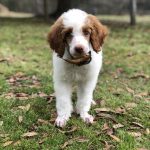 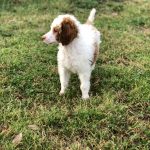 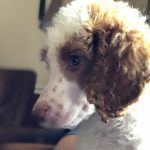 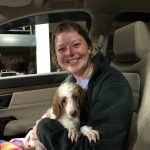 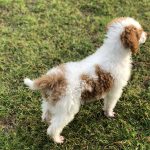